I am so tired of the having this discussion so many years later. Equal pay should be a reality, everywhere—right now.

While it is probably impracticable, I would love to see women everywhere walk off their jobs and create their own economies. Capitalist Patriarchy is fueled off the cheap (and often free) labor of females. The men who benefit need us far more than we need them. We must begin toward a shift in consciousness around this before we can even attempt to change it. We have been beating a dead horse for decades around this issue because we continue to provide free and cheap labor despite knowing how unfair and immoral it is.

I believe we can look to our Icelandic sisters for guidance here, as they still have one of the smallest pay gaps in the world. On October 24th 1975, Icelandic women went on strike for the day to “demonstrate the indispensable work of women for Iceland’s economy and society”(126) and to “protest wage discrepancy and unfair employment practices.”(127) Ninety percent of Iceland’s female population participated in the strike, refusing to go to their jobs or do any housework. The parliament passed a law guaranteeing equal pay the following year. Iceland has now made it illegal to pay men more than women, and the nation has pledged to eradicate the gender pay gap by 2022.(128)


In the meantime, here are some practical suggestions: Refuse to work one minute more than you are being paid for. Ask for a raise regularly. Require that your partner or son does his share around the house. If you have children, pay them equal allowances.(128)

And while we are at it, let's really get to the heart of something that has been bugging me for a while within feminism itself.

While finishing this book and writing about the importance of equal pay and not giving away our time for free—it hit me pretty hard that I have been doing this in the name of feminism for the last 7 years. As Kate Northrup wrote, “If you can't see your value, the world doesn't give value back.”(130)

We don't expect teachers and nurses to work without a salary. Why is this so often the expectation with feminist work?

I have lost track of the number of outstanding women who have given their lives to the cause—who still struggle every month. Barbara Mor and Monica Sjöö are particularly painful examples to me because of how many women have told me over and over again how much The Great Cosmic Mother changed their lives. The question that begs to be asks is, what might these women have accomplished—for all of us—if they were not constricted by the realities of being poor?

How can we possibly look at ourselves as anything other than exploiters if we expect these women to work their entire lives on our behalves only to grow old in poverty—while we reap the benefits? This seems like the ultimate hypocrisy to me.

Surely, we could do better for our sisters and foremothers—at least going forward. We must begin to truly support feminist work.

Excerpt from How to Live Well Despite Capitalist Patriarchy 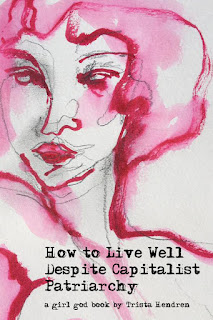 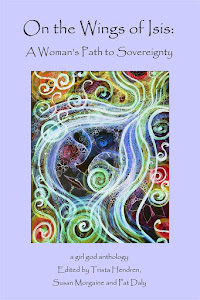