heads of household by Mia Wright

this is what I say to Mr. Murray:
women raised me.
kitchen and classroom women
women seated at the violent chamber
of discipline and reckoning

looked, from liquor glasses, on
as best they could –
quiet cigarette misters.

I know what Murray will mutter
about patriarchy.
His pinstripes precede him. Seems his kind
were always at war
for the power of the Father,

their “Daddy’s girl” mythology
a random snatch at tenderness
while flexing utilitarianism:
bigger dinner portions, feet up, first crack
at the law

he doesn’t like my law,
a woman in stiff jaws and gray curls.
he does not like my wars
fought with clothespins and devotion

he sits, mostly, and stares –
remediless


Mia Wright is a native of Tulsa, OK., where she teaches high school English. Wright earned her MFA in Poetry from Boise State University. Her poems have appeared in Word Riot, Watershed, This Land, Living Arts of Tulsa's Kubos-Tesseract 40th Anniversary Chapbook, J'Parle' and countless restaurant napkins. She is also the author of three chapbooks: Black Pussy (2004), prayers of calcitrant (2010) and Imaginary Lovers (2013). Like most single mothers, Wright enjoys naps, wine, and getting stuff in the mail that isn't bills.
Posted by The Girl God at 5:55 AM 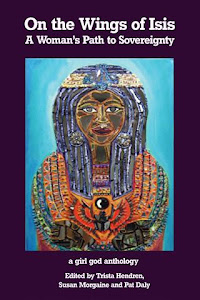